When I did that

As one who has been more at the edge of what’s coming in trends, business shifts, cultural change and whatnot, I have come to understand that the WHEN you do something is often just as important — or at least relevant — as WHAT you did.

For me, and particular to this little story, is the WHEN.

I was an early adopter and rabid proselytizer of social media, blogging, tagging, citizen journalism and all the alls in the realm of “new media.” I also ran a local blogger network with hundreds of blogs listed; I hosted monthly parties for bloggers and the like, and I was, unquestionably, one of the best picks for this particular job at this particular organization at his particular moment in time.

But, see, for as much as I know I was hired in large measure to get this complex organization with its many complex audiences and stakeholders into the world of social media, among the first things I did when I started as Director of Communications & Engagement was take the lack-luster, ho-hum monthly color newsletter (which was inserted into every local newspaper delivered directly to the doors of the organization’s stakeholders and users), and doubled its size.

I asked our team to put their creative noggins together and come up with an annual plan of seasonal and important content so that we could be ahead of our publishing schedule each month, rather than rushing to figure out what to write each month.

The content schedule was also communicated to senior leaders, first for their input and later as a boundary, as in — “You had the content calendar months in advance and if there was something timely you needed published, that’s not going to happen a week before publication. Capiche?” The content calendar also helped the whole company plan better to get information to the communications team in a timely manner.

I created regular columns and content that supported inclusiveness and leadership opportunities for everyday community members. Doing so gave the communications team content they could write in batches and ahead of time: again, making things run more smoothly.

We rode the rise in using infographics and found creative ways to communicate to people how their fees were being spent and the value they got from them.

And, simple as it seems, we added a calendar to the publication. The organization had dozens of significant events monthly and there had been little prior coordinated effort to gather all of this information, organize it and publish it for the whole community.

We got around to it

Yes, we did work on the social media. Massively. Dozens of accounts managed by who-knows-who, as many different organization logos and avatars used, accounts untouched for months … it was a mess.

Our team combed the interwebs and talked with colleagues to identify all the accounts. We created social media policy for account management and participation, and then our team created Tech Tuesdays and started offering social media and tech training to ANYONE in the organization, regardless of title. We even invited volunteers, committee members and people from the community to attend, and attend people did.

So, while it can be said, “I did social media for a complex organization with dozens of unique stakeholder groups,” it’s WHEN I did it that speaks to the magic. The WHAT is the what. The WHEN is where the power of the efforts happened.

Long gone, yet not

Most of the content I directed and/or worked on is no longer online, and I never gave much mind to saving it at the time, but the changes I made lived() on. For a bit at least. Things change. Times change. Teams change. But the foundational work and foundational shifts I made WHEN, and with the support and help of an eager-to-learn and success-oriented team is still present. 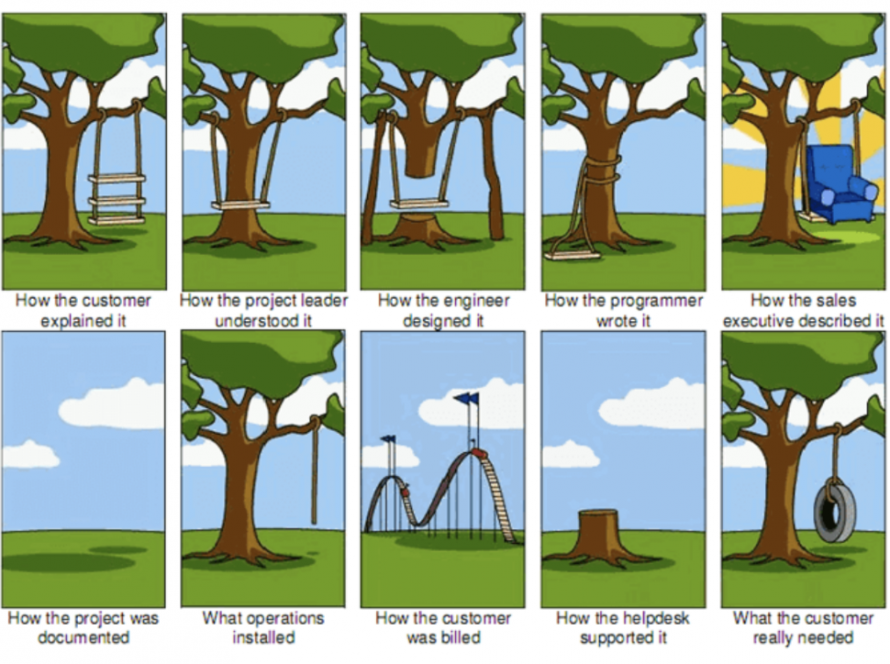 Why you need a discovery phase project